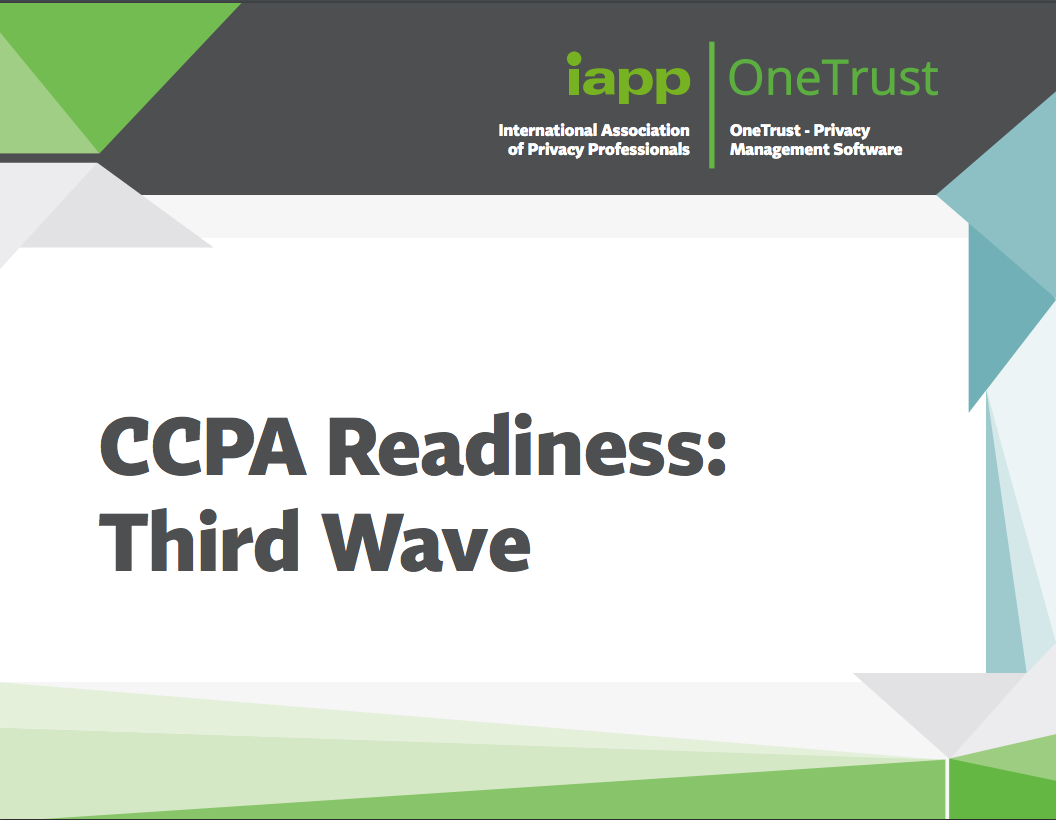 The California Consumer Privacy Act (CCPA) is at last getting the attention of businesses, but that does not necessarily mean compliance is widespread. After amendments to the law and draft regulations from the California attorney general this fall, only some things seem to be clarified; the CCPA’s legal complexity is the top challenge to compliance with the first comprehensive consumer privacy law of its kind in the United States. Yet, efforts are underway, as a majority of businesses have concluded a preemptive federal law is unlikely any time soon. Throughout 2019, the IAPP and OneTrust have fielded surveys to benchmark and track CCPA compliance efforts over time. We published the first survey results in April and the second in September. This short report demonstrates the results of our third and final survey, which was disseminated in November 2019.

You can learn more about how we handle your personal data and your rights by reviewing our privacy notice.