Apple iOS 14.5: How to Prepare with OneTrust

Apple iOS 14.5: How to Prepare with OneTrust 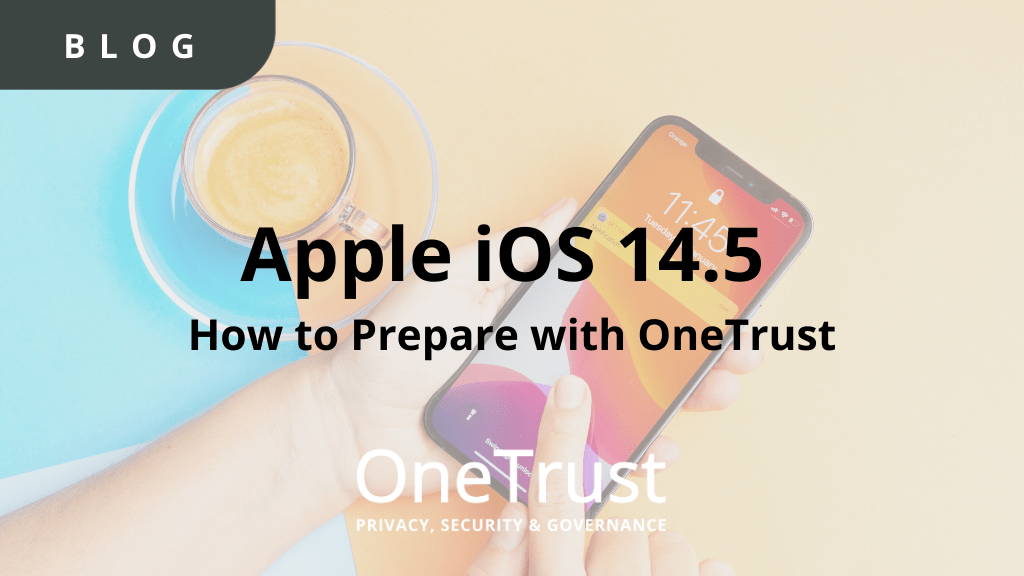 Yesterday, Apple revealed that iOS 14.5 will go into effect on April 26th.  Apple first launched the 14.5 beta to the public earlier this year in February but has been delayed until now. The new release will include several new features such as the ability to change Siri’s voice and new skin tone options for emojis, but more importantly, major privacy upgrades with the app tracking transparency prompt requirement.

What is the Apple iOS 14.5 App Tracking Transparency Requirement?

App Tracking Transparency is a new feature that requires apps to request permission from users before tracking them across other apps and websites using an Identifier for Advertisers (IDFA). Considered the third-party cookie of mobile apps, IDFA is a familiar term for publishers, marketers, and app developers. This feature has been heavily relied upon to track users across applications. Up until now, it’s fueled the personalization of third-party ads, analytics, measurement, and attribution.

It’s no secret that there is an ongoing public discourse around privacy in technology and marketing, with laws being passed more and more frequently around the world. Yet, it’s clear Apple didn’t make this decision simply to answer a public outcry, in fact, Apple has been the leader of privacy-first software and devices before laws such as the GDPR and CCPA went into effect.

“We believe privacy is a fundamental human right, and our teams work every day to embed it in everything we make,”said Apple senior VP Craig Federigh.

Facing increased attention and pressure from privacy organizations and consumers Apple –– along with other large tech companies––crafted a solution that goes beyond device screens and website browsers.

The Apple iOS 14.5  update requires an app tracking transparency prompt. App users can choose to track and share their data with app owners and third parties, no matter what the end user’s local jurisdiction recommends.

If a user does not opt-in, they  will not be presented with the option again. This makes it even more important for companies to use a robust consent management platform (CMP) with options to customize the user journey within applications.By implementing a customizable CMP for their mobile apps, developers can provide users another opportunity to opt-in again.

Pre-prompts allow companies to present a customized prompt prior to the app tracking transparency prompt. Pre-prompts are a chance to inform the user how tracking will be used to enhance their experience prior to asking for permission.  Since Apple only allows applications to ask for permission once, it is important to make the most with that chance. By allowing organizations to customize the image, text, translations, and branding of this pre-prompt, the OneTrust SDK helps you maximize your opt-ins without much developer effort.

Other tech companies are sure to follow in Apple’s footsteps, making significant privacy changes of their own. But––you don’t have to handle these changes on your own.

OneTrust’s Mobile App Consent solution is designed to assist iOS app owners to scan their applications. From this scan, you can understand the data being collected for the requiredApp Nutrition Label. You can also customize an App Tracking Transparency pre-prompt to display device permission notices for pre-release testing purposes. Additionally, you can use the tool to measure the impact of app tracking transparency prompts.

Sign up for our upcoming webinar today Apple iOS 14: How Big Tech is Changing the Privacy Game or reach out today toschedule a demo to learn how OneTrust can help support Apple iOS 14.5 Privacy Requirements compliance!