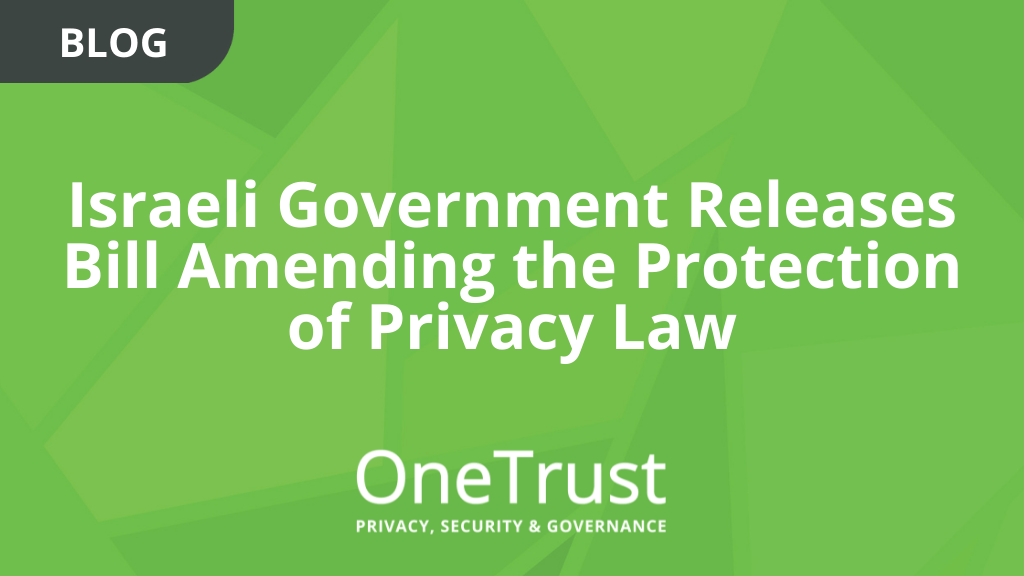 On January 6, 2022, the Israeli Government issued a Bill amending the Protection of Privacy Law (PPL). The Bill marks the first major update to the PPL in over 20 years and the Bill has been subject to ongoing discussion in the region for the past 12 months. The Bill would enter into effect six months after its passing in Parliament and would grant the Privacy Protection Authority (PPA) greater enforcement and investigative powers.

In addition to the PPA’s enhanced powers, the Bill seeks to amend the PPL by streaming lining key definitions such as sensitive data, data processor, and data controller as well as amending existing requirements of the PPL. These include the need to register databases with the PPA and including a requirement to appoint a Data Protection Officer (DPO). The Bill also features substantial amendments to enforcement penalties for non-compliance with the PPL.

The Bill represents the biggest overhaul to the PPL in over two decades and, if passed, will extend several new requirements for organizations to comply with as well as amendments to some of the fundamental language of the law.

The Privacy Protection Bill will update definitions of key terms bringing them more in line with the GDPR, including:

The Bill will also amend some key compliance areas of the PPL and will introduce new requirements for organizations to implement. These include:

The Bill will still need to find its way through parliament before being passed into law, however, the amendments laid out in the Bill signal the intentions of the data protection regime in Israel. To keep up to date with developments to the PPL in Israel and other regulatory developments visit OneTrust DataGuidance and request a free trial.