Wendy Addison and LeisureNet: A ...

Wendy Addison and LeisureNet: A Whistleblower’s Story of Retaliation

After blowing the whistle in South Africa, Wendy Addison lost her job, survived poverty, and spent decades rebuilding her life and career. 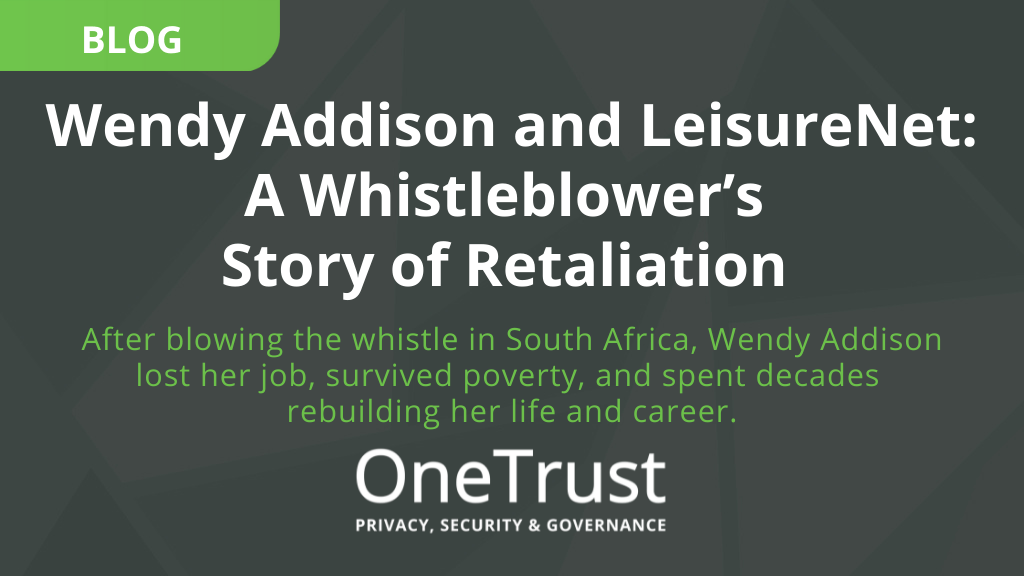 Wendy Addison thought her promotion to International Corporate Treasurer for LeisureNet, a South African multinational health and wellness company, meant that she’d reached the pinnacle of her career. “I pretty much thought I’d arrived,” Wendy said. “I had a fantastic office, plush carpets, a lounge suite.”

In 2000, business was booming for LeisureNet. Dubbed the “darling of the Johannesburg Stock Exchange,” the company employed 8,000 South Africans, was preparing to list on both the London and Sydney exchanges, and was ready to open their gyms globally. But just under the surface, their reality was much darker—Wendy’s career as an accountant was a short-lived dream, quickly turning into a nightmare, derailing her career, and ultimately leaving her begging on the streets of London.

The Moment of Truth

Wendy had worked for LeisureNet for nine years, witnessing a wide range of questionable behavior by the year 2000. “The tone from the top was all about power over people and only listening to certain individuals, and other people were silenced and expected to be obedient little soldiers,” she said. “I like to say it was lawful, but awful.”

Wendy was the only woman on LeisureNet’s executive team, further amplifying her ethical misgivings. Because she was left out of the midweek golf trips, her loyalty to the rest of the organization became stronger than her ties to her fellow executives. When she was asked to transfer hundreds of millions of South African rand to an offshore bank account in Jersey, she hesitated.

South African law, attempting to keep desperately needed money inside the country, stated that companies could transfer just 50 million rand to other countries where they had business operations. Because LeisureNet didn’t have any business in Jersey, the transaction raised red flags. When Wendy inquired for more information, the red flags started to pile up. “I was given about 320 pages all in German,” she recalled. “I couldn’t fault them on the transparency, but there was clear obfuscation.”

Wendy decided to act, making her way down the hall to the office of the joint CEOs. When she warned them of the legal consequences if they moved forward, they responded with a reminder of her vulnerable position and their power over her.

“I thought this would be the right thing in terms of my job. I remember going back to my office and recognizing that I was being met with a moral dilemma. I considered, in those moments, in my plush fancy office, whether I simply look the other way, mind my own business like we’re taught to do… and I began to rationalize why it shouldn’t be me to speak up. Why should I be the one to say anything about this?”

Becoming a whistleblower – and suffering the consequences

Wendy knew that, despite her reluctance, she had to do the right thing; she considered how her then 12-year-old son would question her decisions and she decided to act. She placed an anonymous call to the South African Exchange Control Board and was invited to share her concerns in person. She initially declined, understandably fearful of the threats made against her. But she decided to come forward a week later, and the authorities descended on LeisureNet.

The ensuing inquiry identified Wendy as the whistleblower who made that initial call. She lost her job. Then the death threats began. “There was a gang that came to my son’s primary school to signal to me that they could have access to him,” she said. “We’ve got this very real danger, and I decide I have to leave South Africa and we put ourselves in self-imposed exile in the UK.”

At first, Wendy and her son landed on their feet in London. She accepted a senior accounting position at Virgin Group, totally unaware that founder Richard Branson was in talks to acquire LeisureNet as a result of their liquidation. Just a few months into her new role, she was dismissed without explanation. Years later, Wendy learned that her former LeisureNet bosses allegedly refused to negotiate with the company who employed their accuser.

Because she had been named as a whistleblower in a yet-unproven case in South Africa and was mysteriously fired after a short period at Virgin, Wendy was seen as essentially unemployable and turned away from recruiting agencies. She went from her plush gig at Virgin to a bare fridge and an empty bank account. After months of job hunting, she stepped into the streets to beg for her and her son’s survival.

Starting over from the bottom

Wendy was understandably desperate to understand what had happened to her – and why. “What is it about the human species that we would rather look the other way?” she asked. “What was it about my team that they all remained silent and turned their backs on me?”

Her quest for the truth gave her life a purpose, granting her the framework to rebuild her life. Because she had nothing to lose, she started calling some of the world’s most prominent social scientists. Professor Dan Ariely of Duke University connected her to Dr. Philip Zimbardo, of Stanford Prison Experiment fame. He sent her to Stanford to study the neuroscience of decision-making.

She ultimately persevered in the fight for justice in the LeisureNet case. The joint CEOs went to jail eleven years later. “This was an amazing line in the sand, and a signal that justice could happen,” Wendy said. “That allowed me then to re-build myself in a very authentic way.”

Wendy went on to found SpeakOut SpeakUp, using her harrowing experience and resulting subject matter expertise to advise companies on how to build a culture that fosters courageous conversations, and advocating for legislation and policy that protects whistleblowers.

Her whistleblower experience granted her priceless insight and, in the following decades, her studies advanced her expertise into the psychology of speaking up. She advises leaders to model courageous behavior by setting the tone from the top, and build systems, environments, and contexts that reward speaking up. She frames speaking up as a skill that benefits from practice and repetition. Eventually, honesty and vulnerability become second nature.

“Bad news doesn’t get better with age,” Wendy said. “Get in there quickly. Start with the innocuous, ‘lawful but awful’ behavior.” Issues can be caught and corrected before any real issues arise, because people grow accustomed to speaking out.

Benefitting from two decades of hindsight and a new life rebuilt from the ashes of what was, Wendy acknowledges that she might have pursued a more nuanced approach in 2000. Her newfound skills and knowledge mean that she would still have made the call to speak up – but today she realizes that her confrontation of LeisureNet’s joint CEOs in the heat of the moment might have not been the most advantageous approach.

“Yes, speaking up has costs,” Wendy said, “but silence has greater costs.”

“Yes, speaking up has costs,” Wendy said, “but silence has greater costs. It gets in the way of our lives – we didn’t speak up and we allowed an abuse to continue – that is so corrosive to who we think we are. You cannot undo your failure to act.”

Wendy’s story is a prime example of in the workplace and the priceless value of building a strong speak-up culture. Her strength in the face of adversity should inspire anyone who values building a more ethical workplace and world. High-profile stories of retaliation, like Wendy experienced, prompted the EU to adopt its Whistleblowing Protection Directive, in force as of last December, creating a new standard for whistleblower protection within the European Union.

Download our Quick Guide to the EU Whistleblower Directive to learn more about what will be enforced, where, and when under the new directive. 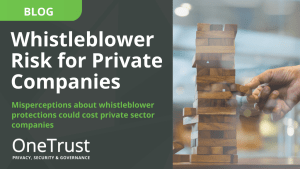 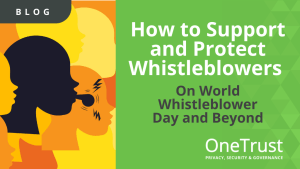 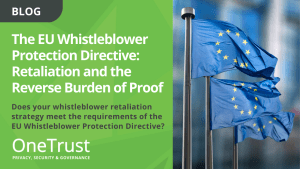 The Ultimate Guide to Complying with the EU Whistleblowing Directive